Prophylactic Mastectomy is a surgical procedure wherein one or both breasts are removed in order to reduce a woman’s risk of developing breast cancer. Although it is a preventive measure and not considered per se as a form of breast cancer treatment in Singapore, breast surgeons have long been performing prophylactic mastectomy in women with highly invasive cancer in one breast requiring removal of the other (contralateral) breast to prevent developing cancer in the second breast as well.

In an early survey conducted in 2005, researchers in Singapore found that more than 50 percent of survey respondents had a personal history of cancer, or they had first-degree relatives with cancer. While more than half of these respondents voiced moderate concern about their cancer risk, 41.3 percent stated that they will not consider prophylactic surgery to reduce their risk.

In a 2013 Straits Times article, attitudes of Singaporeans toward prophylactic mastectomy still haven’t changed much, with women choosing to undergo prophylactic oophorectomy (surgical removal of the ovaries) than have both breasts removed. However, it has been observed that there was a steady increase in the number of women with the gene mutation for breast cancer who choose to have prophylactic mastectomy.

A question that women ask is when they need to undergo prophylactic mastectomy. A woman may consider this procedure in the following conditions…

Women with the BRCA1 and BRCA2 mutations are also advised to undergo prophylactic oophorectomy to reduce their risk of ovarian cancer.

The Benefits and Disadvantages of Prophylactic Mastectomy

According to the National Cancer Institute in the U.S., prophylactic mastectomy can reduce the risk of a woman’s developing cancer by 90 percent. It does not mean though that a woman is completely protected from breast cancer.

Any woman contemplating prophylactic mastectomy should seek medical advice with her breast surgeon in order to get more information about this procedure. 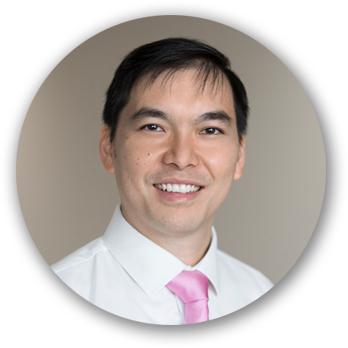 Currently, Dr Evan is one of a handful of surgeons in Singapore able to offer both the full range of options in breast cancer removal (lumpectomy / breast conservation surgery / oncoplastic breast surgery), and the full gamut of reconstructive options after both breast removal or breast conservation surgery (including use of perforator flap-free tissue transfer). This ensures a truly integrated and comprehensive breast surgery practice.